The SEO Revolution in Chess sparked by The Queen’s Gambit The Queen’s Gambit was first published in 1983. However, it was not until now that the Netflix series went viral, taking the world of chess to a level never seen to date.

What might seem like another series about chess has become a real hit, as shown in the statistics published by Netflix:

That said, this established a turning point for the chess world’s popularity. We are pleased to have been working with Chess.com for 5 years. Therefore, we can share some SEO statistics on how this series impacted its growth and how we managed it.

Each month of January 2020, Chess.com achieved:

This was not a mere coincidence. At SEO Alive we have been doing all kinds of SEO projects for 4 years to grow Chess.com:

But on October 23, 2020, everything changed! Netflix announced the release of The Queen’s Gambit, a new series about chess.

In a few days, we started to see a growth in chess-related searches. It seemed like a coincidence…

How on earth would a series increase global demand for chess in the world?

Of course, The Queen’s Gambit was not the first series about chess to be released.

The result? Check by yourself!

In no more than two months, Chess.com’s clicks went from 9M per month to approximately 18M per month. This represents an increase of 100%!

Many people believed The Queen’s Gambit was the reason behind Chess.com’s SEO growth though, and IT IS NOT THE CASE! :)

Whether for its excellent production or for evoking memories, the series suddenly made the world want to play chess again. However, when people used a search engine, they didn’t type “Chess.com” but the queries related to the game:

We started working with Chess.com back in 2016. It was a really important chess website in the United States, only available in English, and with slow but stable growth. Our SEO job was not limited to fixing mistakes or making suggestions.

Our main goal has always been to make Chess.com #1 result for all search queries in every language

To accomplish that, we have been running the following projects in these 5 years:

Thanks to these initiatives, we achieved a continued robust growth month after month, moving from 1M organic clicks a month to about 10M in 2020. It was exactly from October 23 (the release date of the series) when we started to see a big change. Every day, we receive more than half a million clicks instead of 300k. And this is not a passing trend of a few days, but something that continues today.

Having in mind we were in first place for more than 90% of all chess queries, we didn’t want to stop there. So we got down to work and collaborated side-by-side with the product team to develop several initiatives in record time.

So often, we think that SEO is limited to fixing errors and making recommendations. At SEO Alive, we work very thoroughly in this area. Our methodology is based on creating valuable traffic, regardless of which area is involved (design, content, product…). We made the following initiatives at record speed to take advantage of all this series-specific traffic:

As a result of the SEO growth, Chess.com is experiencing the biggest growth in its history.

Thousands of media around the world have written about this growth. All the team in the company are simply amazed and give our best to ensure all keeps working smoothly.

What metrics have shocked us the most?

We beat 50M registered users and reached position #234 in Alexa for most visited webs worldwide.

First of all, thank you for reading all this, because the message I want to deliver is really important. The aim of this article was not to indulge in self-advertisement and brag about how good we are at SEO Alive :)

What I really would like to highlight is the importance of SEO in any company. Beyond a shadow of a doubt, a good SEO strategy in place should be a top priority for your company in 2021. How your company looks in search engines, how people find your web, whether they find your competitors before you… All of this can mark the difference between success and failure.

To conclude, I would like to highlight the fact that this may seem like a one-off event but… Remember the burofax sent by Messi to FC Barcelona and the following weeks? Probably, sports media that had good SEO work implemented in recent years got the same traffic as in all 2020.

So remember, be it with SEO Alive or any other quality SEO agency in the world, we encourage you to invest in SEO in 2021 and take care of this crucial area of your company. 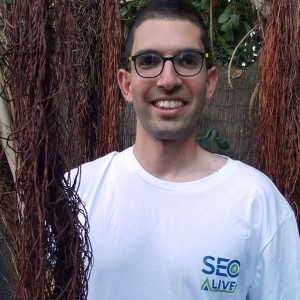 Help us by sharing this article When developing an SEO strategy for a website, it’s important to methodically analyze as many factors related to web optimization and ranking as possible. An Ahrefs vs. SEMrush – Which SEO Tool to Choose?

Are you considering subscribing to a SEO tool but unsure which one to go for? In this article, we’ll be comparing two of the most